The conference will be organized at the premises of research center RICE at the University of West Bohemia in Pilsen, location on maps.google.com. 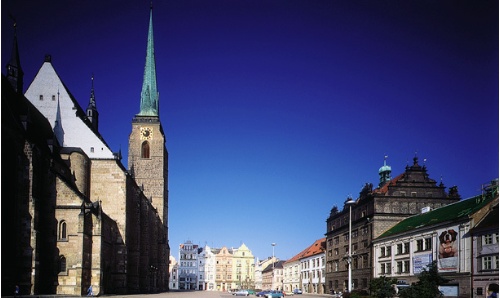 Pilsen is the fourth largest city in the Czech Republic. It is located in western Bohemia. It is an important industrial, commercial, cultural, and administrative center.

The city was founded on the confluence of four rivers - Uhlava, Uslava, Radbuza and Mze - by the Czech king Wenceslas II in 1295. Situated on the crossroads of two important trade routes and close to Prague, Pilsen experienced an immediate rapid growth. Nowadays, the Pilsen metropolitan area covers 125 square kilometres. Its population is 165, 000 inhabitants.

The rich cultural and economical standard of life in Pilsen is particularly enhanced by its heritage. In 1989, the ancient town center was declared a historical landmark to be carefully preserved. The rich architectural gems here include Gothic St. Bartholomew’s Cathedral, Renaissance City Hall, Baroque reconstruction of the Archdeacon’s house and Franciscan Monastery, and the recently re-opened Great Synagogue of Pilsen.

Many Pilsen public buildings, such as the city theatre, museum, the Burgher Hall or houses with Mikolas Ales’s sgraffiti, date back to the 19th century.

Industrialisation took off in the 19th century. At that time, such industrial giants as the engineering complex Skoda and the Pilsen Brewery were established. Nowadays, the modern industrial zone in Borska Fields represents an extraordinary project in the Czech industrial sphere.

Taken from www.pilsen.eu (Official website of the City of Pilsen).

UWB has nearly 70 scientific research and development teams and obtained 35 patents in the Czech Republic, 2 European patents and 13 patents in the USA. Over the past 8 years, it has filed nearly 50 patent applications.

UWB also provides wide range of life-long learning programmes which corresponds thematically to the fields of study offered by the University of West Bohemia. The University of the Third Age serves senior citizens very successfully. UWB has significant position in the field of higher education not only among the universities in the Czech Republic, but among the European space as well.

Taken from www.zcu.cz (Official website of the Univesity of West Bohemia) 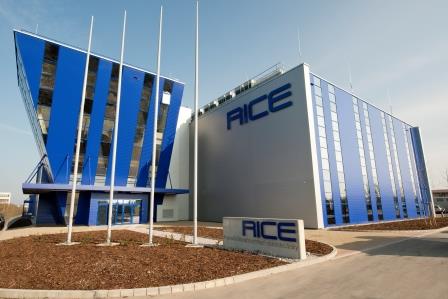 The Regional Innovation Centre for Electrical Engineering (RICE) is a new, unique research centre of the Faculty of Electrical Engineering at the University of West Bohemia in Pilsen. More than 190 RICE researchers participate in implementing projects with a total budget exceeding two billion Czech crowns. RICE is a complete research chain, from basic theoretical research through applied research to the development and testing of functional models and prototypes.

Taken from www.rice.zcu.cz (Official website of the Regional Innovation Centre for Electrical Engineering)